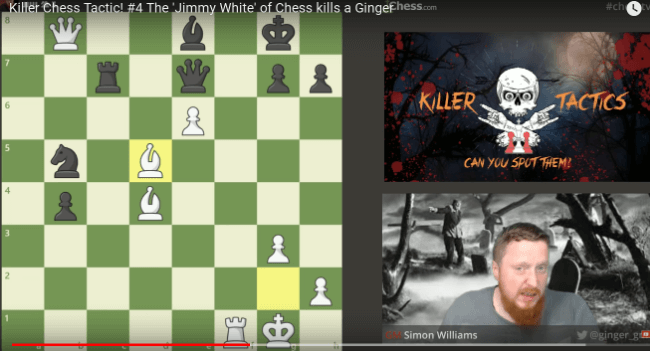 END_OF_DOCUMENT_TOKEN_TO_BE_REPLACED

I had achieved a decisive advantage against my regular opponent in a recent “over the board” game of chess, but he was hanging in there and not resigning, even though I was about to promote my pawn (see diagram, left).

There were just a few minutes left on the clock, so perhaps he was hoping to survive until the flag dropped, but at best it was a forlorn hope.

The game could be easily finished off in a couple of moves by Black promoting the e2 pawn to a queen and then moving the rook to f2, so this game is not really a perfect illustration of the title of this blog post, but what happened in this game did make me think about those occasions when it can actually be better to promote the pawn to a knight instead of a queen.

END_OF_DOCUMENT_TOKEN_TO_BE_REPLACED

Stalemate in chess happens when it is your turn to move and your King is not in check, but you cannot move except into check. Here is a photograph of the conclusion of one of my recent games. I am Black and have just managed to secure a draw by inducing stalemate.

Honestly speaking, I was a little surprised that my ruse worked. After all, stalemate in chess is relatively rare.  Indeed, I had been about to resign because the situation seemed hopeless. I was left with just the King and a pawn against a promoted Queen and four pawns…

END_OF_DOCUMENT_TOKEN_TO_BE_REPLACED

In this one-point chess endgame training article, I want to show you the importance of keeping the end in mind rather than keeping material on the board, especially when you reach the endgame with a material advantage.

In the illustration White has arrived at the endgame with a clear material advantage. White is ahead by a knight and a pawn. However, Black is threatening to promote his pawn and his king is attacking the white knight.

What should White do?